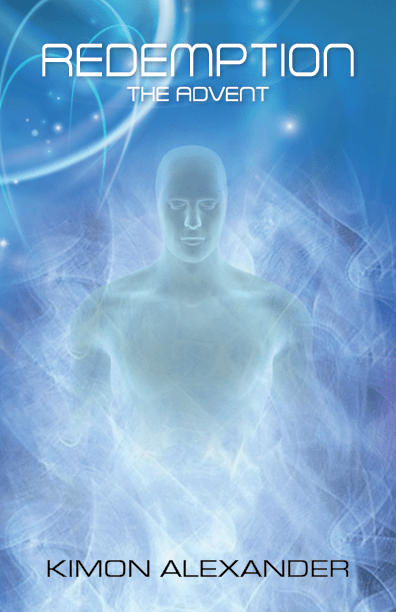 Two beings – one body. And a critical mission to save the world.

The Valdors, ethereal beings from a parallel dimension, have guarded the development of consciousness since the beginning of time. Humanity’s greed and fanaticism have derailed progression towards spiritual evolution, and the Valdor Council has earmarked Sol III (Earth) for annihilation. In one final effort, Balthazar is sent to Earth to redeem Humanity.

When Bal connects with the mind of James Baxter, a seasoned police investigator, he must convince him to assist with his mission. Bal and Baxter have to share the same body, using human effort and Valdor mental power, to combat a drug lord who has hijacked a mind-controlling microchip, and an Islamic extremist who plans to rule the world.

As they embark on an adventure of intrigue and ruthlessness, Bal and Baxter’s journey exposes both the weaknesses and triumphs of the human spirit in the fight for Humanity’s redemption.

In Redemption: The Advent, the reader is introduced to two parallel “hero versus villain” storylines:

In New York, detective James Baxter is hunting a dangerous terrorist following a deadly blast in the subway, with reliable information that the blast was mere practice for the main event: synchronised attacks across America that promise to cripple the country and bring unimaginable bloodshed.

On the other side of America, in Miami, power-hungry sociopath Kingston Vanderbyl has strong-armed his way into control of a revolutionary mind-control technology, effectively making him the most dangerous man on Earth.

In a science-fiction twist on this crime thriller, the hero brought in to counter this supervillain is Balthazar, an extraterrestrial being from Valdor, whose Consuls have been the guardians of the multiverse since the beginning of time. So powerful is this technology that Kingston is abusing, that the consuls of Valdor determine that if he is not stopped, humanity in totality must be eliminated. Enter Balthazar – the hero sent to save humanity. The only problem? These beings have no bodies; he needs to find a host in whose mind he can reside, and whose body he can share.

And so it is that Balthazar and James Baxter, our two heroes in the story, team up in one body to each fight their respective villain.

The tension is kept high throughout the book, as the clock is running out for both heroes as they scramble to save the day. The added obstacle of having only one body between them adds to the pressure, and creates a gripping chase against time. The villains are realistic, scary, and powerful. The reader gets more insight into the villains’ lives than is customary in crime fiction, which has the effect of making these villains believable.

The heroes are easy to root for, with enough character flaws to make them relatable (even Balthazar, a guardian of the multiverse, has a temper problem. No one’s perfect.) James Baxter is dealing with the grief of a tragic past, afraid of commitment, and generally world-weary – a character we have seen often in crime fiction, but who fulfils the role of protagonist very effectively nonetheless.

Scatterings of theology are found throughout, ranging from the creation of the universe (or multiverse, in the novel’s lingo) right through to current radicalisation of religious followers. These were some of the most thought-provoking passages in the novel for me, and quite a novelty to find in a science-fiction thriller.

The imagery in the novel is just spectacular. A tour around the world, with scenery so vividly described that it’s easy to conjure up the settings in the mind’s eye.

A fresh take on the crime thriller, and an enjoyable read.

where to get it

Introduce yourself and your program
Your information will never be shared or sold to a 3rd party.